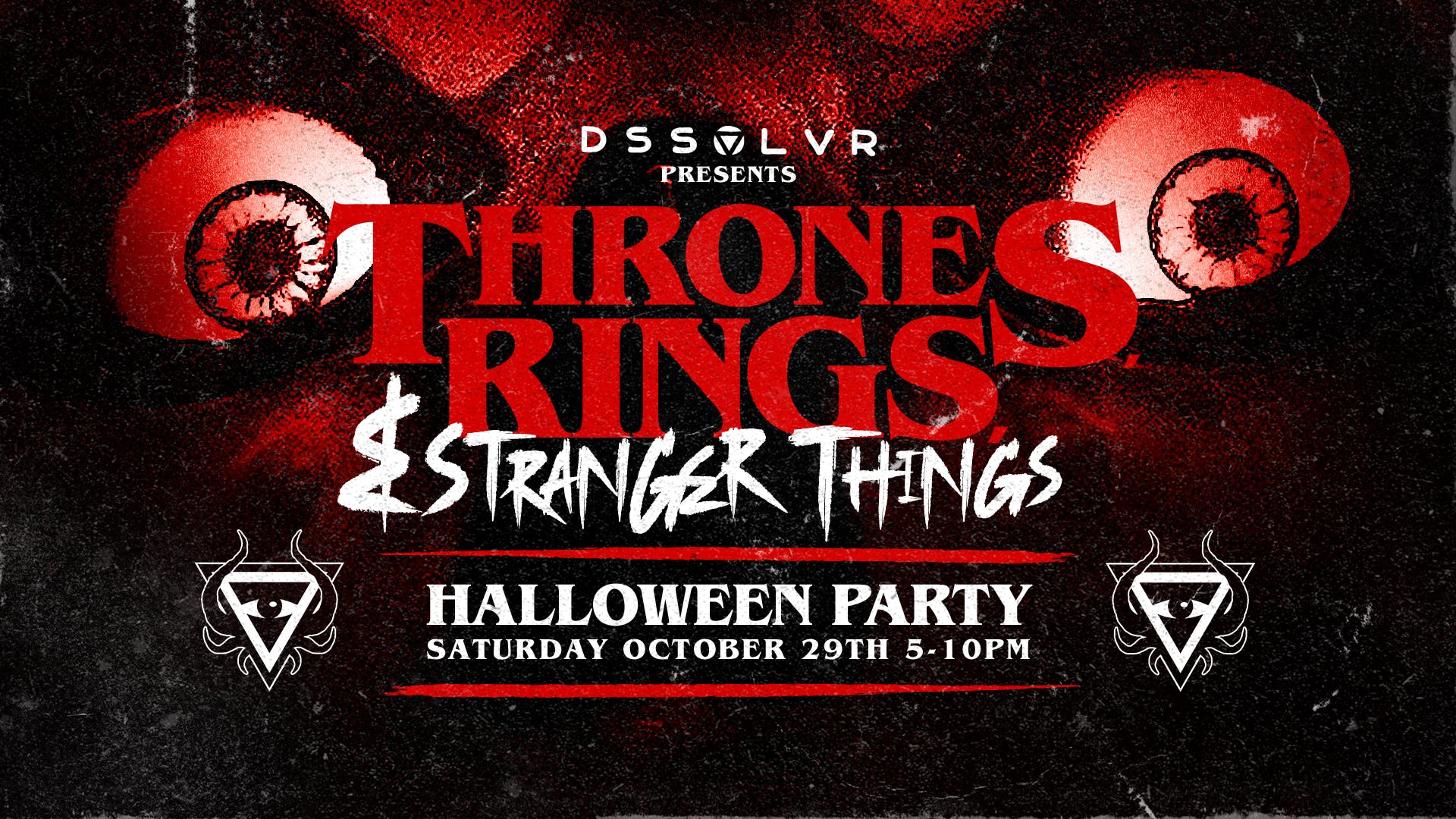 An army of frozen zombies march toward The Wall. Under a grassy knoll a wizard knocks on a hobbit’s door. In an alternate dimension some dude starts RIPPIN’ A FACE-MELTING GUITAR SOLO!!! Hold on to your swords!!!!! DSSOLVR presents, “Thrones, Rings, and Stranger Things”, a Halloween party celebrating fantasy, sci-fi, and gaspssss…

Okay, maybe, some who wander are lost but we couldn’t make up our minds on a theme for this year’s Halloween bonanza. So we built a triple decker sando of our favorite DnD themed films and shows. (yah,yah books…whatever, nerds!)

Saturday October 29th, at 5pm, join us at the taproom dressed as your favorite Stranger Things, Game of Thrones, or Lord of the Rings character. (Please don’t come as Eleven from Season Two, Episode Seven, I still haven’t let that go.)

And a Hearty Feast provided by Master BBQ

Ban together with your raddest group of friends and ride your eagles, dragons, and bicycles down to the taproom for…

Thrones, Rings, and Stranger Things. A DSSOLVR Halloween party for the ages!