It’s All In The Hips – Country Club Disco Pizza Party 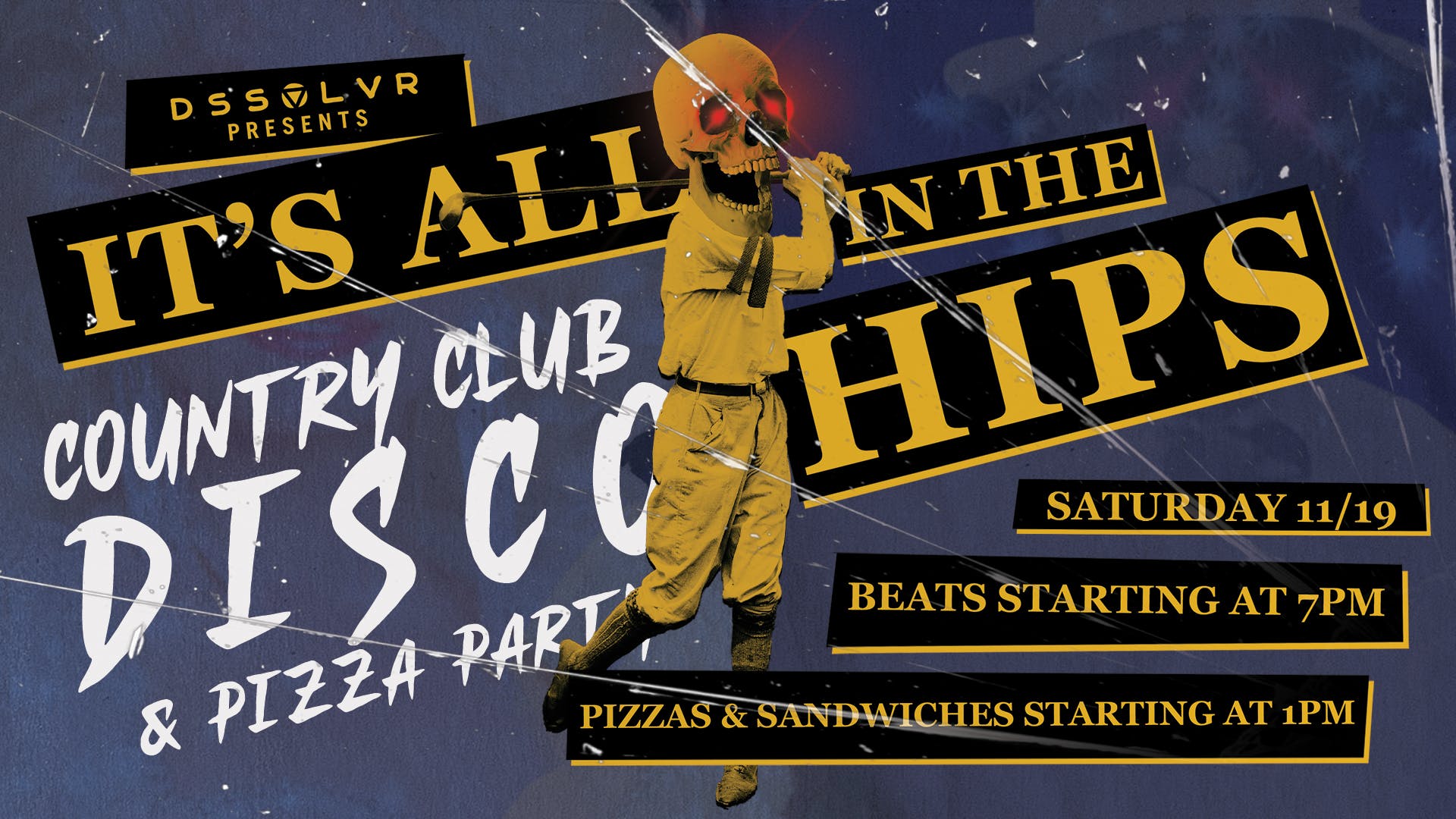 It’s All In The Hips
Country Club Disco Pizza Party

FORE!!!
It’s time to tee off for another one of DSSOLVR’s freaky-deaky affairs.
Join us on Saturday, November 19th for…
IT’S ALL IN THE HIPS
A COUNTRY CLUB DISCO PIZZA PARTY!

We got DJ Brandon Manitoba (don’t talk during his backswing) to bring the boogie starting at 7pm! (untz-untz-untz) So get them dance shoes ready and make sure to hike up your golf socks.

Pi’ Houze is gonna be here with out-of-sight pizzas and sandwiches at 1pm. This ‘za is all the way from Atlanta, so no mulligans on these foxy pies.

Whether it’s sending the ball home, doing the hustle, or where the pizza ends up…all you have to do is remember that…

IT’S ALL IN THE HIPS

Grab the loafers, pull up the socks, and floppy hats only!
Catch you on the flipside.