Is It Local? / Most Likely Aliens – Bottle Drop 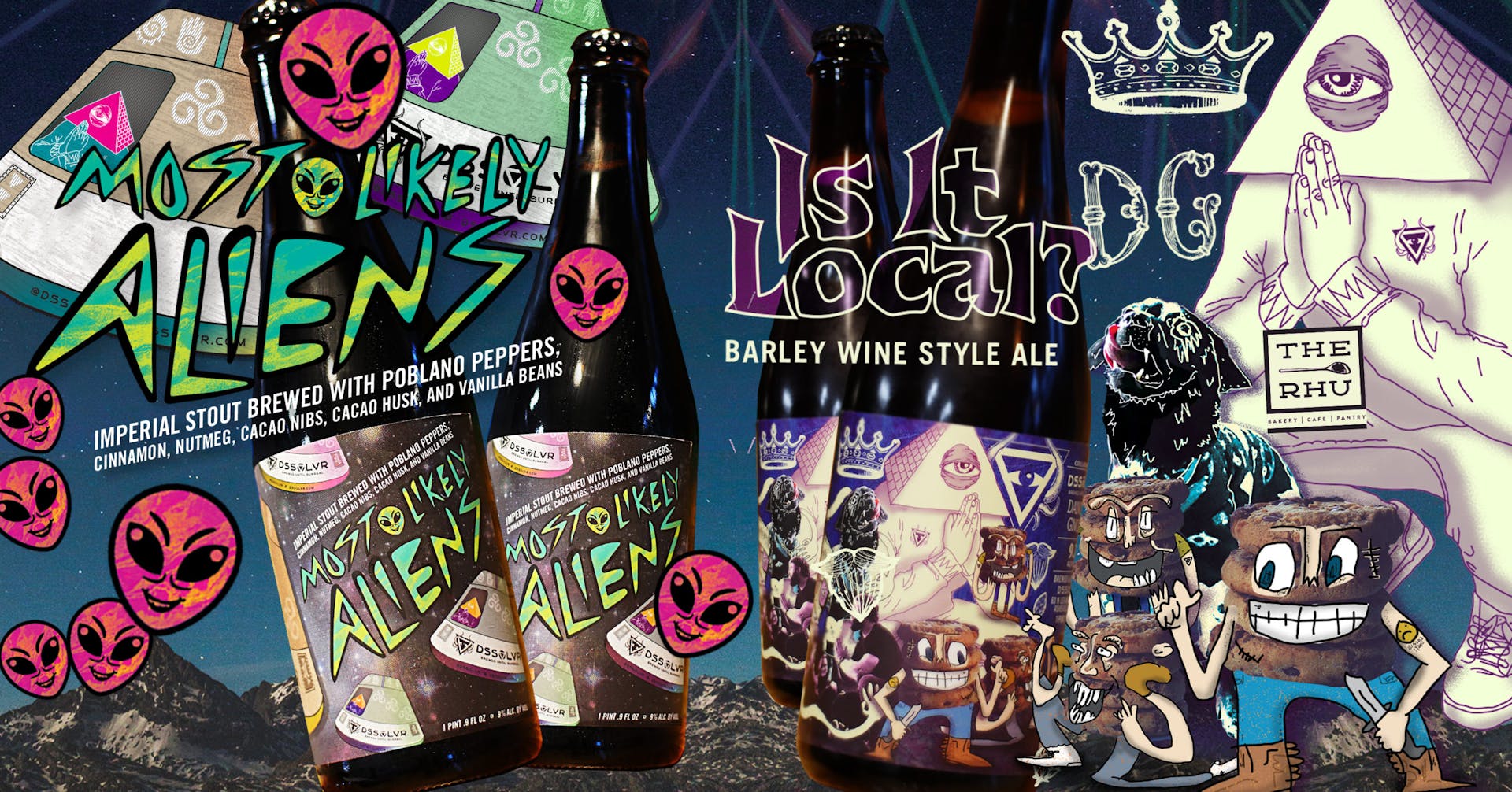 This Friday DSSOLVR proudly presents “Is It Local?” and “Most Likely Aliens” our latest bottle offerings.

With more cold weather on the way (it’s possible ¯\_(ツ)_/¯), there’s nowhere warmer than the bottom of a glass of big ol’ Barleywine. We teamed up with our homies at Dancing Gnome Beer to bring you a taste of that good life with Is It Local?, a riffed-out Barleywine with a 50/50 grist of Crisp Marris Otter and Thomas Fawcett Maris Otter. We took that old-school, bready British base and drove it straight on down to flavor town after its four-hour boil with cookie bits from The Rhu, a blend of Cacao Nibs and Husks from French Broad Chocolates, and some pure vanillin. In order to really make it pop, we slammed even more cookie-ness into it by aging it on roasted pecans, flaked coconut, and vanilla beans. This is definitely not your dad’s barleywine (not that there’s anything wrong with that — we’re equal opportunity barleywine enthusiasts here), but if you ever thought your malt monster needed some pastry panache, we’ve got you covered in spades! Grab your bottles this Friday 2/7 or enjoy it on Nitro draft.

Do aliens have fireplaces? If they do, they’ll probably sitting in front of them this Friday drinking Most Likely Aliens — a malt bomb inspired by Mexican hot chocolate with Cinnamon, Cacao Nibs, Cacao Husks, Nutmeg, Poblano Peppers, Vanilla Beans, and Lactose swimming around in a sneakily drinkable 9% ABV abyss of thicc Stout-y goodness. A double mash, extremely extended boil, complex sugar additions, and adjuncts out the wazoo render this an otherworldly stout that would stop even @tsoukalos in his tracks. How do you think he got that great hair anyway? Most likely aliens…

Hope to see ya!
Stay Surreal!