Friday the 13th, The First Sequel: Curse of the Kaiju

Friday the 13th, The First Sequel:

Curse of the Kaiju

You might have already guessed from our artwork, but DSSOLVR has a lot of horror fans on staff. And, as many of you already know, Friday the 13th is a very significant date for us here. So what does all this add up to? If you guessed “something crazy,” you guessed right! But just how crazy, you ask? You’re in luck, because we’re here to tell you!

On Friday, March 13th, we’re kicking off a series of recurring nightmares inspired by our love of the horror genre with Friday the 13th, The First Sequel: Curse of the Kaiju — a night of insanity that’ll leave you screaming for more. We’ve got beastly brats from The Chop Shop made with our Kölschtoberfest, malefic music from Mordaga and Analog Moon, a mortifying movie mashup courtesy of DSSOLVR and the Asheville Film Society, and — best of all — four diabolically dark DSSOLVR beer releases to melt your mind into a state of malt madness! 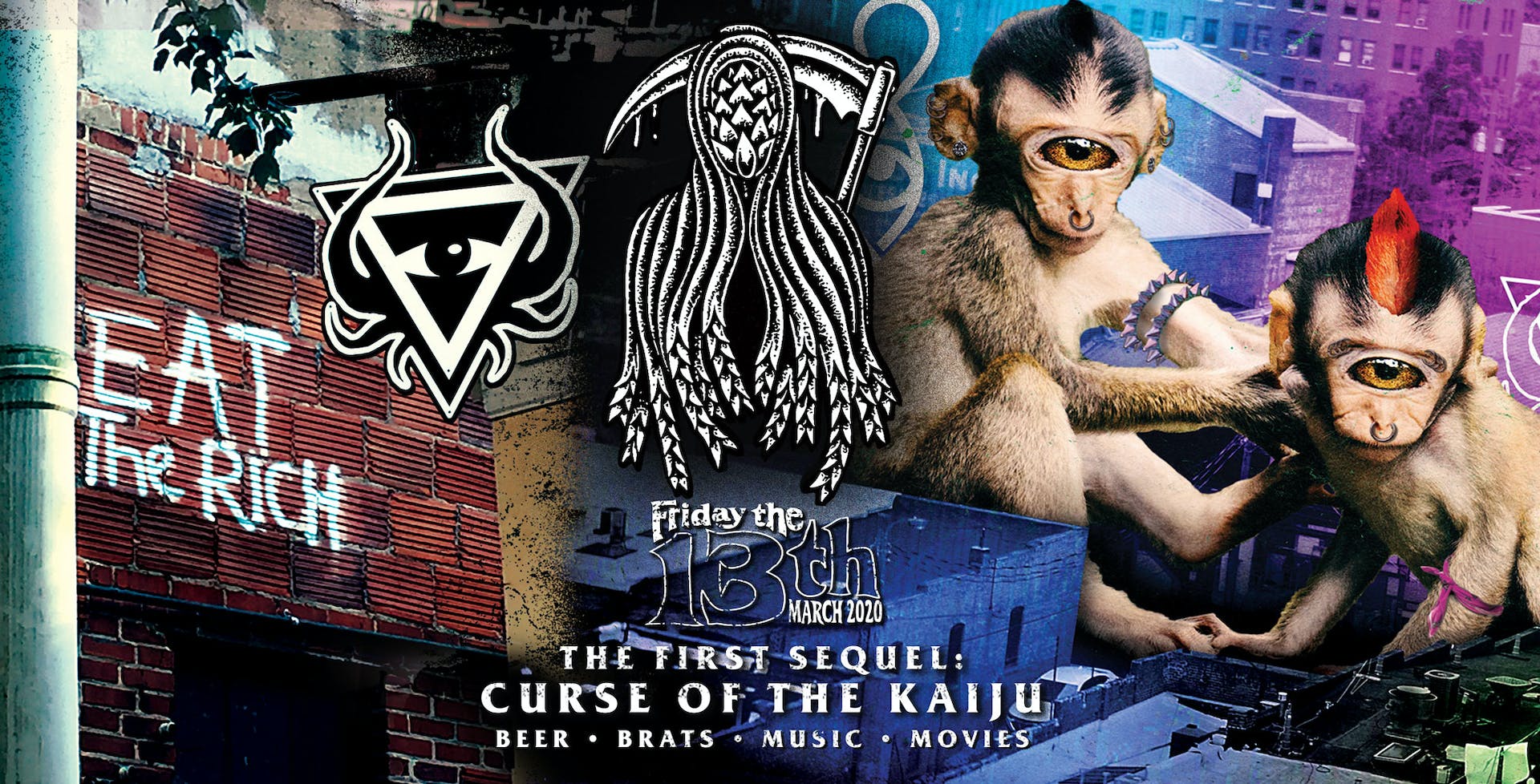 We’re hitting you with everything under the ABV rainbow, from a teensy little Pub Ale to a couple of Mammoth Malt Bombs, but they’re all united by their inky darkness. Dad Mode: Engage is a traditional English Dark Mild brewed with a blend of English base and specialty malts and hopped with English Fuggles and English East Kent Goldings, clocking in at 3.7 percent ABV. Also making its debut is Eat the Rich, a 5.5 percent ABV Bourbon Barrel-Fermented Stout conditioned on Cacao Nibs, Vanilla, Sea Salt, Hazelnut & Bourbon Barrel-Aged Coffee Beans from Hoof Hearted out of Columbus, OH, available on draft and in four-packs of 16-ounce cans. The heavy hitters of the evening are A Little Problem on Carolina Lane and A Catastrophic Problem on Carolina Lane, two 11 percent ABV Imperial Baltic Porters brewed in collaboration with Greenville-based Eighth State Brewing Co. Little Problem was brewed with DSSOLVR’s preferred Lager yeast, a complex blend of caramel, specialty, and base malts, hopped with Sterling and Saaz and dosed with Muscovado sugar.  Catastrophic Problem represents the ultimate form of Little Problem, thanks to the addition of massive quantities of Vanilla Beans and High Noon Roasters Coffee. Both Catastrophic Problem and Little Problem were cold-conditioned for weeks on end, are spunded and naturally carbonated, and will be available on draft and in 500 milliliter bottles. 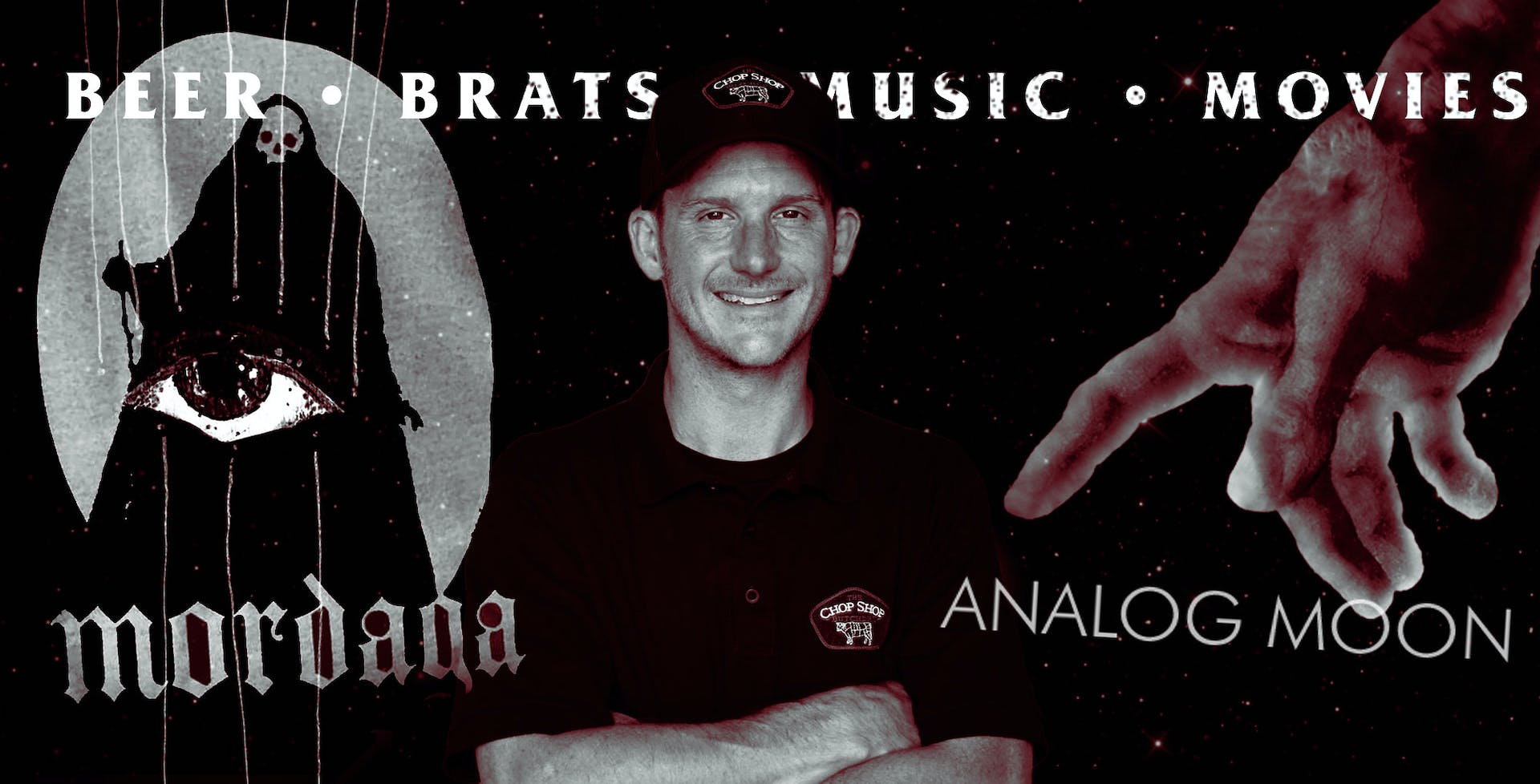 The Chop Shop will be on hand slingin’ brats starting at 5:00, but supplies are limited so get while the gettin’s good! Analog Moon takes the stage at 7:30 followed by Mordaga at 9:00, so be sure to stick around after you eat. We’ll be joining forces with the AFS to set up projectors around the brewery to cast a Kaiju catastrophe across the walls and tanks all night long, immersing you in a cinematic hellscape unlike anything you’ve ever seen, with giant monsters bearing down on you from every angle. This Friday the Thirteenth, come find out who will survive and what will be left in their palates when we drop some of the biggest, baddest beers we’ve ever made! It’s sure to be a night that will haunt your dreams — at least, until the horror is reborn in November!

But as spine-tinglingly awesome as Friday the 13th, The First Sequel: Curse of the Kaiju is going to be, that’s not nearly all we’ve got going on — not by a damn sight! Did you’ve know we’ve been nominated for USA Today’s Best New Brewery contest? Show your DSSOLVR buds some love by going to https://www.10best.com/awards/travel/best-new-brewery/dssolvr-asheville-n-c/and voting for us! You can vote every day until March 17th and no registration is required, so get out there and rock that DSSOLVR vote to get us over the top! But you’ll have to hurry, there’s only a few days left. We appreciate the support!

Can’t get enough DSSOLVR? Check out Mike and Vince on the latest episode of the What Ales Ya podcast, recorded while they were in Florida to release a collab with Sideward and brew another with Corporate Ladder. You won’t believe what comes out of these guys’ mouths!